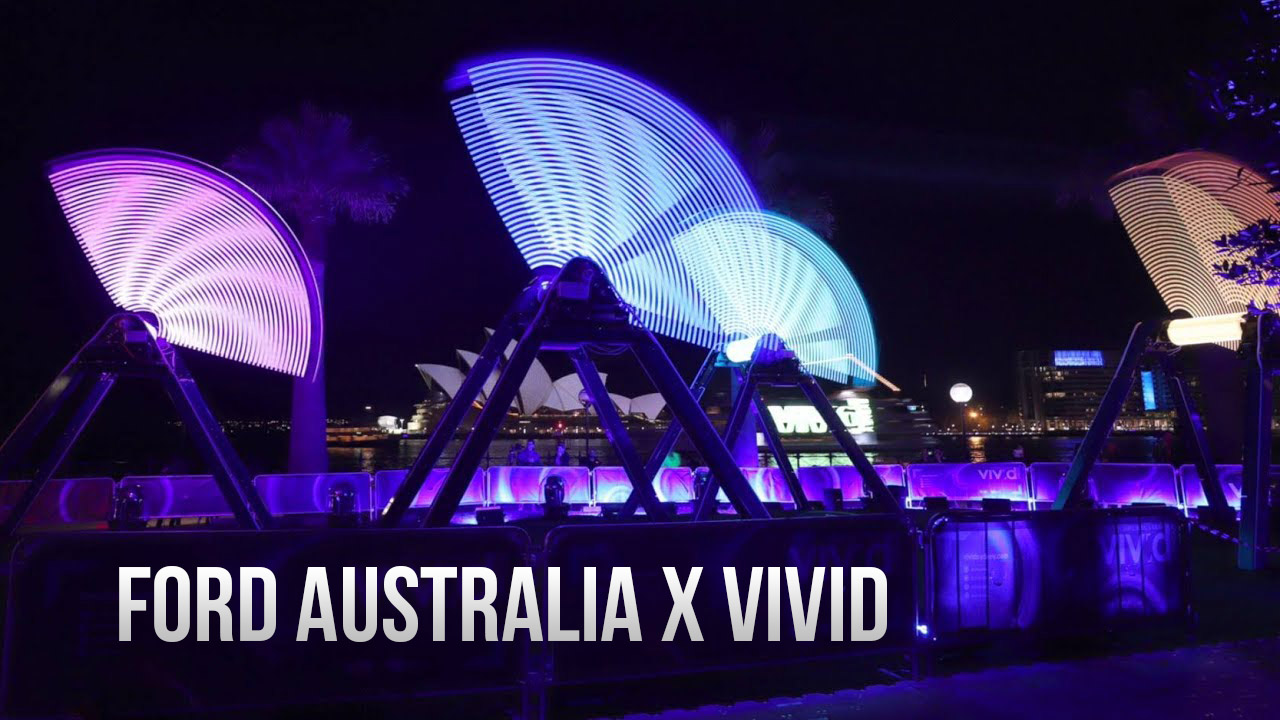 Client: Ford Australia
Date: May 2017
Deliverables: Shoot and edit an evening event video to go live at 8am the morning after.

In March 2017 I approached Ford Australia with a few video and activation ideas for one of their main events of the year: Vivid Sydney.
I pitched a few scenarios including creating a ‘how to get to the Ford activation' hyperlapse video, a social media instameet and an overnight edit of the launch night.
We ended up combining all of those things in one concept.
On the launch night we would host a number of influential instagrammers and record a video to go live the next morning that shows exactly where the Ford x Vivid activation was located.

The shoot window was extremely small, I had a bit under 45 minutes to shoot everything I needed. This includes all the timelapses, slow motion video and photographs to share on Instagram.

I was running two cameras simultaneously: one camera to shoot timelapses of the electric swings and the other one (1DXMkII) to record video footage and still photographs.

The opening sequence are timelapse clips that I had prepared earlier.

The video was uploaded to the Ford Australia facebook page the morning after and has collected over 45000 views so far.

If you don't know what Vivid Sydney is: it's the world's biggest and best light festival. Held in Sydney, Australia for 3 to 4 weeks around May-June. Here's a Vivid Sydney timelapse video I made a while back. 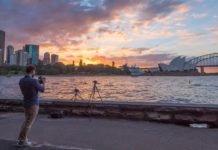 Tourism Queensland – A timelapse shoot from sunset to sunrise