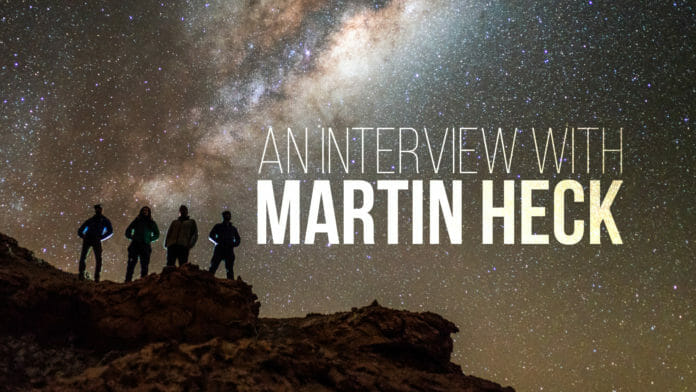 Martin Heck is a timelapse photographer and filmmaker based in southern Germany. He runs timelapse production company Timestorm Films.

I've known Martin for years through the online timelapse community and have been following his work with a passion for a long time.

He is – in my humble opinion – one of the best timelapse photographers out there. The quality of his work is unparalleled and the scope and consistency of his films is mind boggling. Don't even get me started on his technical knowledge.

Martin just published the third and final episode of his Nox Atacama series, a trio of timelapse films recorded in the Atacama desert in South America and published in glorious 8K resolution.

I've featured one of the Atacama films on my blog previously. As this is the final episode I thought it would be a nice idea to interview Martin. An interview series on this website has been in the works for years now, but I never got around to it. I'm glad I can start off this new series with Martin.

He's generously shared some insights and photos into this grand project, which I'm excited to share today.

To get some context, have a look at Nox Atacama I. The interview and other episodes as well as a series of behind the scenes photos are below.

Can you introduce yourself briefly?

Hi! My name is Martin Heck. I am a timelapser photographer living in the Bavarian Alps and this channel is al…… Wait, thats somebody elses… nevermind.
I might be known through my company Timestorm Films and that dude who always puts 8K in his video titles 😀

How did the Nox Atacama project came to be?

In 2017 I had the great chance to work on a documentary film, which brought me to three observatories on three continents: ORM on La Palma, SAAO in South Africa and the Paranal Observatory in Chile. Since I got there anyway with the production, I extended my stay for 2 weeks so I could shoot a personal project. Thats how Nox Atacama happened.

Can you list the gear you used to produce this series?

What kind of hardware do you use for the post processing of all this data?

I have never commissioned custom music. I want to pay the composer a rate that respects their efforts. Especially since I also have a high quality standard of what I want with my videos. Then on the other hand it's just unreasonable to spend a thousand or more euros on a custom track that is only for Youtube. Youtube isn‘t a business in the classical sense for me. I don‘t expect to make much money with it directly.
So I often license tracks from common music libraries. Sometimes I license directly from a composer if the process is easy.
Might be collaborating with some really good composer in the future 😉

Do you have a favourite shot out of the series?

I have so many stories from the craziest locations I have been to, but if I had to pick one it probably would be this one:

Were there any setbacks or any big failures that you learned something new from?

PLENTY! Especially the second trip in 2019 didn‘t start too well. The airline lost one of my suitcases and couldn‘t find it over the whole month I was about to stay in the desert. Most tripods, slider-rails, V-mount battery charger, sleeping bag, warm clothes were in there. To get replacements for that stuff in the Atacama Desert wasn‘t easy at all. And expensive. On a positive note though, I shot all motion-control shots of Nox Atacama II and III on steel curtain rails. Amazingly it takes 1“/25mm rods, so those did exceptionally well, just bloody heavy.
Thankfully my gear worked very reliably. Been working with the same setups and cams for years, so I know them inside out.
By the way, if a solder connection brakes on a cable, I can confirm that joining it with the help of two forks over a camping stove works very well. And if you are planing to stay in the Atacama Desert make sure to acclimatise slowly for the elevation. 4000M+ is no joke and I could only handle camping that high up after 2-3 weeks of adjusting. In general, If you are shooting in the middle of nowhere bring your MacGyver skills with you 😀

What else are you working on?

Morten Rustad and I where about to shoot a Cyberpunk inspired timelapse/hyperlapse video in South Korea just when Covid began to spread. So we went on to a trip through western Norway. That video should be out pretty soon!
I had to cancel a trip to La Palma as well as a big job that had to be postponed for at least a few months. Luckily a friend of mine got years of timelapse footage from the South Pole on his drives that wants to be edited. Overall I‘m thinking to offer post-production services for people/companies that have difficulties dealing with the very special treatment, timelapse footage often requires.

Any advice for people starting out with timelapse photography that want to make it into a career?

Be critical with yourself, aim for the very best quality. Find your niche, become good at something that very few others can pull off. That can be crazy techniques, motion-control, hyperlapse, exceptional quality (resolution, colors, sharpness, clean shots) or anything you can think off. Raise the bar 😉

Many thanks for your time, Martin!

Check out this great behind the scenes video of Nox Atacama II:

This is the first of many interviews with timelapse photographers. Want to see a certain someone feature in this series? Make sure to let me know in the comments!

If you'd like to learn how to timelapse, check out my e-books about timelapse planning, shooting and processing. 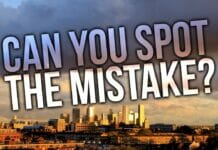 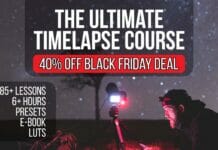 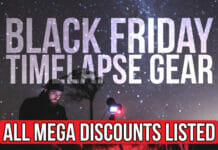 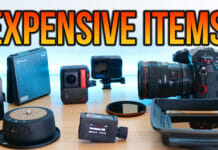 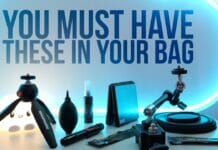 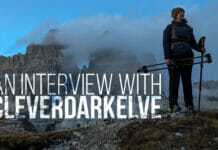